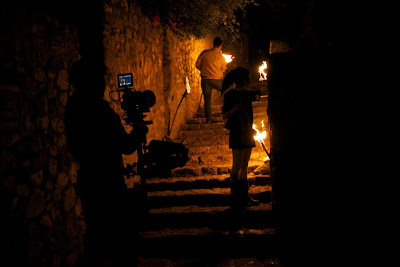 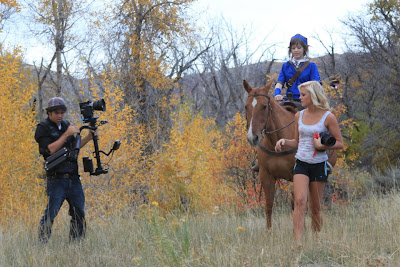 I released this youtube video 3 days before Halloween, and it's gotten 260,000 hits in those couple days leading up to the Holiday :) It got featured on CBSnews.com, cnn, the huffingtonpost, devour.com, and it even got featured on red.com's official blog :) When videos are released, there's a lot of factors that go into the success of them, and timing is a huge part of it! Here is the video without any further ado, simple, but with a Halloween theme.

And my friend Stephen Andersen wrote the sweet music for this one, he had 24 hours to write it. And the creepy voice you hear in it, that's acutually not a childs voice, it's his, haha, he super manipulated it though to give it the creepy feel.

We also used our companies Red Epic camera to shoot this video, in 300 frames per second. Most of my youtube videos I shoot on my Canon 5D Mark II, but this content seemed to fit the epic camera just perfect.

Also a super shout out to my friends who helped film/make this possible. Jacob Schwarz, Katie Crapo, and Lindsey Stirling. They helped on every aspect of this as well, including cleanup, ha.
Posted by Devin Graham at 1:09 PM 37 comments: