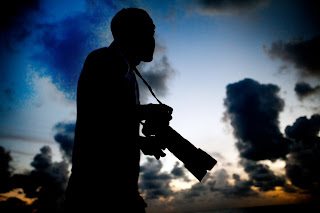 This is in response to the most common question I've been getting recently, "I would like to buy a DSLR camera but I don't know which one choose for a medium budget". Here is my opinion on the matter, from a video and photography standpoint :) I have used EVERYONE of these cameras in my youtube videos (except of the Canon T3i/which isn't out yet), so my opinion is based off of using them several times, and in several different arenas.

First off, these are all great cameras, and you can't go wrong with any of them :) I went to film school and was accustomed to using big heavy super expensive cameras. When these cameras were released with prices much lower than the "professional grade" cameras that were available, I was hesitant and avoided them at all cost. But then, when I started getting hired to shoot commercials for television with these DSLRs, I realized that perhaps they were like a transformer, "more then meets the eye." :)

In every sense, they are allowing us independent filmmakers, with little to no budget,have the chance to compete with Hollywood. At the very least, these DSLRS give us the chance to have our voices heard :) So with that in mind, here's my opinion on the leading Canon DSLRs that do video and still photography. 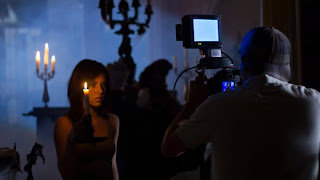 Canon 5D Mark II. Retail = $2600.00 US
This is my weapon of choice NS the only camera I actually own out of all of them.
There are three main reasons for my preference of this camera.

1. THE HOLLYWOOD LOOK/FULL SENSOR: Part of what makes Hollywood films look so great, is the fact that the background is "blurry", and the subject is in "focus". Out of all the Canon cameras, the ones that can achieve this look the best is this camera, because it has a "FULL SENSOR".

What that means is that if you were to take a picture of someone with each Canon camera, with the exact same lens, the Canon 5D Mark II would be the camera that would make the background the most blurry, making it look "more like a Hollywood movie". There's a lot more we can talk about with this, but I want to keep it simple for now, here's a link of an article where someone talks about the full sensor, if you would like to learn more about it.

2. WIDER SHOTS: For much of the photos and videos I take, the location is crucial. In order to capture as much of the scenery as possible, the full sensor is key. Because the 5D is equipped with a full sensor, it is able to capture a much WIDER shot than if you were to use the Canon 7D or Canon T2i. It allows for nearly twice as wide of a shot. For example, if I were to get a Canon 5D and a Canon 7D, set them on the exact same tripod with the EXACT same lens, the Canon 5D would be able to cover almost twice as wide of an area. The actual difference if you want to get technical is .6 :)
3. SKIN TONES and LOWLIGHT: Because of the full sensor, the 5D Mark II is able to capture a fuller spectrum of colors, which produces a more natural look. Another crucial product of the full sensor is the ability to capture quality footage at low light.

Here's a link to a video I shot entirely on the Canon 5D Mark II. If I were to have used any other Canon Camera I'm talking about, we would have only been able to see half of what was actually captured (with the same lens)

The image quality is very similar in both the 7D and the 5D Mark II. A person would have a difficult time to compare images side by side and be able to distinguish one from the other. Below is a link for a video I shot with the 5D Mark II and the 7D. The Slow motion sequence was shot with the 7D.


2. 8 PICTURES PER SECOND: From an action photographer's standpoint, this camera is one of the best choices because of how fast it can take still pictures. The 7D can take them almost twice as fast as the Canon 5D. For taking pictures of moving athletes, surfers, snowboarders, or anything that happens fast that needs to be captured, this feature is definitely an advantage.

3. CROPPED SENSOR/CLOSER SHOTS: Because this camera is not a full sensor, the footage you take from it will be a lot closer than if you were taking it from the 5D Mark II (with the same lens). Of course, if you have a 5D Mark II, you can always get close to the subject as well, but it does mean you will need to buy a more telephoto lens.

Here's a music video I was one of the main cinematographers for. It was directed by Julian Acosta, for the band "Passion Pit". It was shot almost entirely with the 7D.


Canon T2i/T3i/Canon 550D. Retail = $900.00 US
(I'm putting all three of these camera's in the same bracket because they are super similar)
1. The biggest selling factor for this camera is it's price. It does almost everything the 7D does with very similar features, but just not "as good".

Here's a video we made that was shot almost entirely with the Canon T2i at 60 fps.

For the main bike jump video, we used a couple Canon 5D Mark II's, and a bunch of Canon T2i's. I feel that it is a testament to the quality of the T2i that a viewer watching the movie would not be distracted by differing image quality. Here's a link to the video. The opening shot was captured with the Canon 5D Mark II.

GOPRO HD CAMERA:
The last camera I'm going to mention is not a DSLR. It is the GoPro HD Cameras and i have utilized these with great success for my videos on my youtube channel.

The reason I use this camera is because it's super small, and it can shoot slowmotion/ 60fps. It allows me to put the camera in places I would never have a chance to put it otherwise.

So, my closing comments are these...... In the end, all these cameras work great, but depending on what you plan on doing with the camera, certain ones are better for certain things, just like tools in a tool box :) And yes, often time our budgets are a big factor in the decision we make with the camera we get, but we all start somewhere, for me I started with the lowest of DSLR's, back in the day when the Canon Rebel came out, the original one, and i've slowly worked my way up :)
Posted by Devin Graham at 5:39 PM