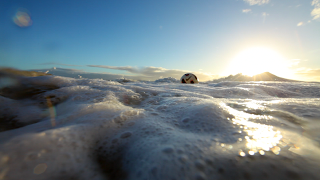 While I was at film school one of the greatest lessons I learned was this...

The foreign market on movies is CRUCIAL often to the films success.
Even if the film bombed in America, it can often, if done right, make it's money back and much more. 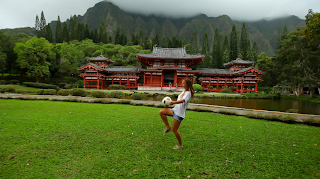 For example the film "Saints and Soilders", directed by Ryan Little, when he spoke to us he said that it's when the film went foreign that it was able to make its money, not state side.

So with this idea in mind, I feel it transfers straight across even to the internet, and how youtube movies can be made, in a way not to just connect with people that speak English, but to every other language.

I feel that's one of the greatest advantages I have on my youtube channel, it's the fact that the people watching don't need to speak English to understand what is going on.

With all the big youtube celebrities out there, they hit it huge with the people that speak there language, however,.. and I don't know the exact statistics on this... but there's a HUGE potential audience that they could hit, if every language could understand them. 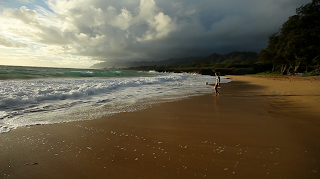 That's where my youtube channel steps in, and that's where I think there is a huge potential demand :) (Or at least that's the hope/plan).

Since I've been releasing youtube videos these last couple months, I have been receiving about 5-10 messages a day, from people who write to me in a COMPLETELY DIFFERENT LANGUAGE. Haha. So what do I do? I had no idea at first, but then I found out that google has a website called translate.google.com. What this website does is it lets you copy and paste what someone has said to you, it then not only detects what language it is, but then it translates it to your current language. 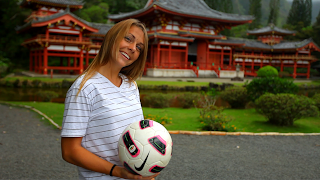 So when I get these messages from people who don't speak English, I am now given the opportunity to respond back to them, and answer there questions, etc. And now for the first time ever, I can communicate with someone across the world in a language I know nothing about. It's awesome, and one of the most gratifying things yet :)

What does this proves then, it shows the importance this foreign audience really does have. That there is an audience out there where two different people of different cultures can connect. As my channel has been expanding, a great deal of my viewership is actually outside of America.

Even the guy who created my youtube homepage, Tim Czarnetzki, he is based in Schwäbisch Gmünd, on the other side of the world. We have never met in person, and it's youtube that brought us together to network. Once again, it's the foreign market that did this.

I want my youtube channel to connect with every audience in the world, that will cause me to grow much faster then just hitting the "English audience", in order for me to catch up to the top, I must hit every audience out there, ESPECIALLY the audiences no one else can hit. One way I'm trying to do that is by trying to hit new audiences every time.

With this last youtube video I released, iSoccer, this was one of the goals, to connect with the world outside of the English speaking people. Because soccer is the most popular sport in the world, it was the perfect opportunity. I have read several blogs within the last couple days online from Argentina, Brazil, and that whole area, where they have posted the soccer video on there blog, and of coarse it isn't posted in English, but I know exactly what they are saying, thanks to translate.google.com :) And I'm able to post my own comments back in there native language.

So going back to where we all started, just like the film industry works, they use the forign market to there advantage by taking the time to translate all there movies into every language they can that is profitable, I to want to apply that idea and make sure most of my videos hit the mass audience, and through that, I will rise to the top much faster then focusing on just an American audience, that is really just a very SMALL percentage of where my video hit counts come from.

So we will see what happens with this all this year, but it is something I feel very strong about, catering to the masses :)
Posted by Devin Graham at 3:09 AM