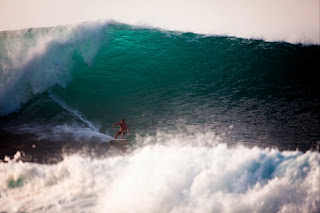 This coming Tuesday(February 8th) I'll be releasing my tarp surfing video. It's the second video I've made thus far for Youtube where the sole purpose of creating it was with the idea that it would go viral. The first video I did this with was the bike video,.. which just reached 1 million hits not that long ago :) in less then four months :)

When I say that it was made to go viral.. what I mean is this... I looked up videos on youtube that were doing extremely well, and thought of ways to take that idea, make it my own, and show it in a new way that has not been done before. That's what was done with the bike video, and I know it will have the same effect with the tarp video. 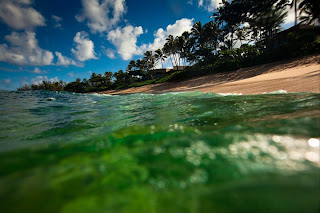 There's also a certain formula that I followed to "guarantee" that the video would go viral. This is a formula I have learned over time, and through studying other viral media. I guess we will find out in a month from now if I was right, haha, but without a doubt I have full confidence in the formula :) (And I will discuss this formula that has worked for me in an upcoming blog for those interested)

Also, with this video, out of all the youtube movies I have made thus far, it's the one I have without question invested the most time and energy into. Just to give an idea of what it takes to make a video like this...

FACTS ON MAKING THE VIDEO
1. It took 6 different half days of filming tarp surfing with riders.
2. It took 1 evening/sunset to film the intro.
3. It took 3 different FULL days of filming surfers and waves, 1 of those was with me in the water filming.
4. It took 120 hours easy of endless nights of editing. (most of which I did during Christmas break).
5. It took two more separate days (not full days), to film people just having fun, dancing, etc. This footage was used to make the video more fast pace with variety.

On top of all that, the music composers for this, "Wentworth & Mordemere", also created the song specifically for the tarp surfing video. They wrote the lyrics and beat with the mindset of the video. 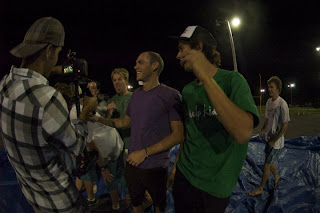 Also, my friend had just started his own long boarding company called Jase Boards. When I moved to Hawaii I met him, saw the quality of his boards, and thought it would be awesome to see what happened if we were to team up together, use his product, and for me to make the video. He also was a huge help in getting people to come to the events that we held.

So, if you could, once you see the video, if you really do like it, please feel free to post it on your facebook wall, and your friends as well that are into that kind of stuff, the more people that share it, the better chance it has to be seen by the world. I want the video to have a huge release, and that's a team effort :) And sadly I'm not going to be around to help that happen, so I'm curious how it all goes down.

Thanks SO MUCH EVERYONE for the support!!!

I'm just updating this blog. The tarp surfing video went live yesterday night, here it is, make sure to watch it off my youtube channel in HD if you can :)