Shooting in 360 with the Google Odyssey

Written by TeamSuperTramp's Zane O'Gwin:
In Team SuperTramp whatever opportunities you want you get. Devin was awesome and let me completely be in charge of our latest 360 video “Murder Mansion”. To be honest it was a little difficult and I had kind of a bad taste with 360 videos. I thought they were clunky and not ever going to successfully be a tool in the narrative world. But I like a challenge and after this experience I learned that I was wrong and happy to be wrong too.

I watched dozens of 360 videos to see what works well and what does not. I found that some of the highest performing videos were immersive videos, the kind of videos where they just stick the camera in with a tiger or a family of gorillas. The other top performing 360 videos were all CGI, so they could move the camera wherever they wanted and stick the viewer into an amazing world.(I didn't have this option) But, what I didn't find a lot of was 360 narratives. Where there is an entire story with a beginning middle and end. So the challenge was real. 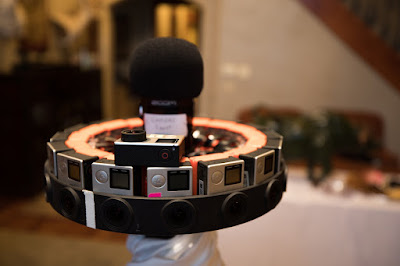 As I began to think of stories to tell that would allow the viewer to participate in the story and not just be a fly on the wall, I came up with a list of things I did and didn't want to happen:

I didn't want the camera to cut and change positions: Every video I saw this happen it felt a bit jarring as the viewer and took me out of the experience.

I didn't want my actors to have to memorize an entire 5 min video with lines and blocking
The reason is, if they did everything right until the very end where they mess up, we would have to start completely over, which would eat up a lot of space on the cameras and a lot of battery power. So, I needed something to happen in the story where it might appear that it is all continuous but would allow for the actors to only have to focus on one scene at a time. I was inspired by Alfred Hitchcock’s film “Rope”.

He wanted the movie to feel like one continuous shot so he would move the camera into someones back to black out the camera and then pull out from the same actor. Many films have done similar things but the challenge I had is I have a 360 degree camera and I can't move the camera SO I thought of a lightning storm. I could over expose the shot for a moment and allow a cut. I honestly didn't know if it would work but I took a chance and I think it did and it turned out to be a lot of fun.

I knew I needed to cast an actor who was entertaining enough to carry the viewer through the whole story Christian Busath was a no brainer. He is an amazingly talented actor and is very charismatic. Once he was onboard I knew that I didn't have to worry. 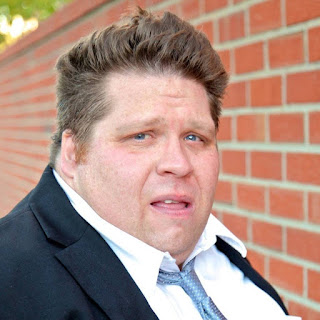 I wanted the viewer to stay engaged the entire time
I didn't want the viewer to just be a fly on the wall. I wanted them to feel like they were participating. So I came up with the idea to make the camera a character. I knew that making the camera a woman that Christian’s character was in love with would add a fun element of humor to it as well. It also makes you feel nervous when you are left a lone in the room with the killer. It makes you feel vulnerable and threatened as opposed to just watching it happen to other people.

I felt like one arm was tied behind my back
I love film making. You can express emotion and feelings by camera movements and with no words. Its called Cinematic Story Telling. You can’t do that with 360. So I went back to my beginnings. I studied theater all through Jr. High and High School and beyond because I knew that I always wanted to be a director and I knew some of the best directors were ones that understand how actors think.

In theater you lose the element of the camera shots to help the viewer experience what you want them to. In film, as the director, its my job to also help guide the eye of the viewer to specific things I want them to look at. This is a big challenge with 360 video because the viewer is free to look around anywhere they want. So I played with blocking my action and characters much like a theatrical play. I had everyone use big movements and also bigger facial expressions so the viewer would know exactly what is going on and naturally be guided to look a certain direction according to what the actors are doing.

Lessons Learned
This project was a fun challenge and I think it turned out to be a lot of fun. At the end of the day I am always reminded of one of my favorite quotes from Steven Spielberg.

“When I was a kid, there was no collaboration; it's you with a camera bossing your friends around. But as an adult, filmmaking is all about appreciating the talents of the people you surround yourself with and knowing you could never have made any of these films by yourself.”

I hope its enjoyable and I’m excited to work on more 360 videos in the future!

Watch the behind the scenes here to see the production process of working with a 360 camera: