Every so often TeamSupertramp takes on a project knowing very little about the destination or the people involved.  The WEAVESLEEVE project in Guatemala was one of those projects...  We (Parker and Carter) met up with Andy Thunel (Founder of Weavsleeve) in the airport terminal and it was there that he shared with us the story of his friends in Guatemala and his desire to help them out.  That 5 minute conversation as we boarded the plane changed EVERYTHING.  What started out as just another film trip turned into a passion-driven project that we all had our hearts invested into.  We realized that the idea of WeaveSleeve was SO much bigger than just helping Andy start a wallet business, and that we were going to provide a lifetime of opportunities for the Guatemalan families involved. As we mentioned earlier neither of us had any idea what to expect from "The Land of Eternal Spring" before we arrived.  The people, culture, and sights that Guatemala has to offer left us completely amazed every day that we were there.  The trip started off with a bang as we loaded up in a doorless helicopter to film the Mayan ruins in Northern Guatemala.  We decided to film with Defy's G2 Gimbal from the helicopter as we thought it would give us more stable shots in that situation.  Andy and Carter would hold the two sides of the DEFY while Parker would adjust the RED camera settings and control focus and zoom.  The only problem that we ran into was that the occasional G-Forces of the helicopter would cause the DEFY to wig out a little as we'd make sharp turns, but for the most part the shots turned out amazing. 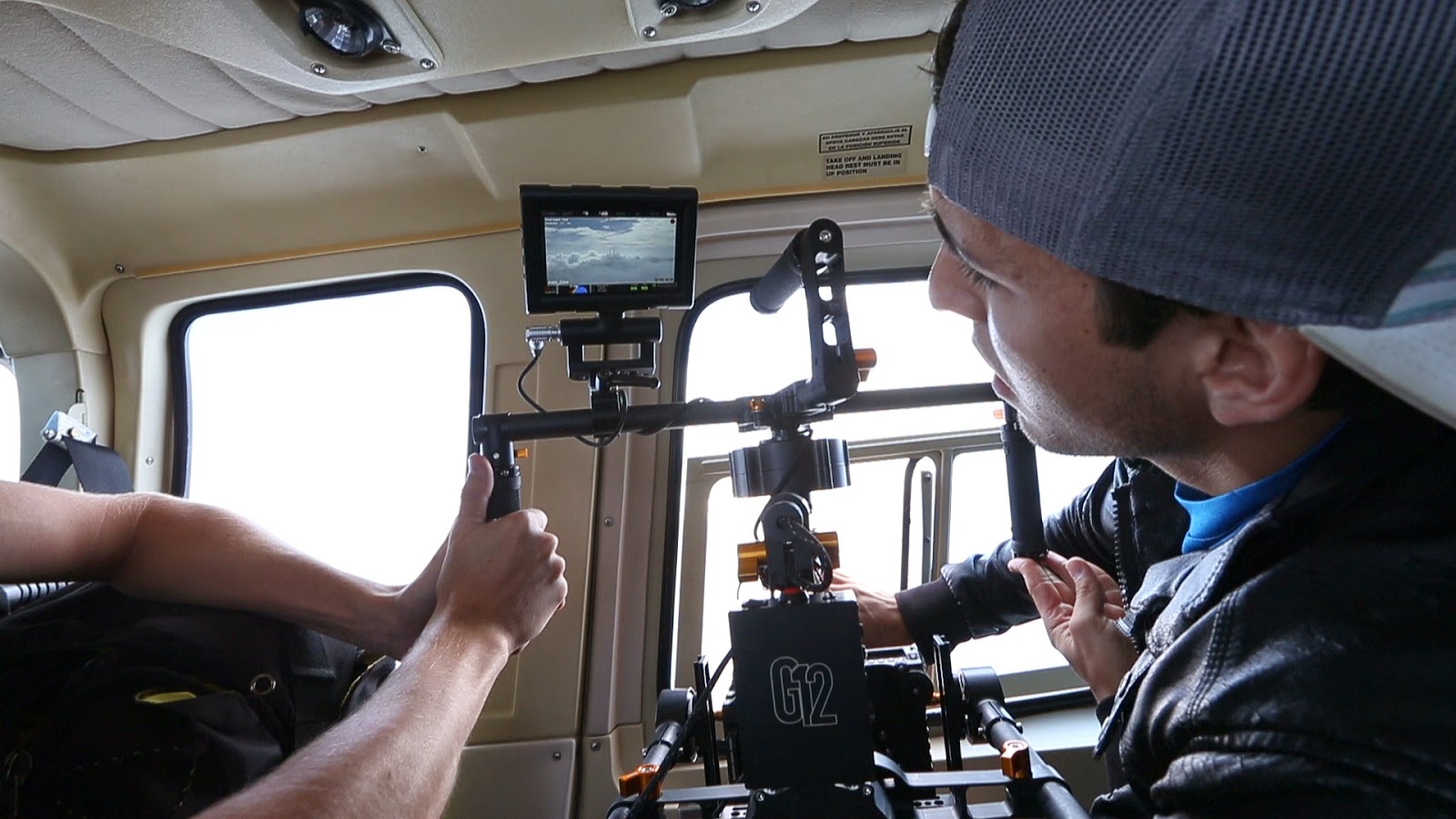 The camera attached to the gimbal was our trusty RED Dragon and Canon 14mm 2.8/f and Canon 16-35mm 2.8/f as are two main lenses.  We shot everything at 6k resolution, frame rates ranging from 24fps, 60fps, and 82fps, and shutter speeds relatively high to allow us to pull clearer stills from the video afterwards.

After an intense day of filming from the ground and the air, we started the flight back to our hotel only to run into the daily rainstorm. (It poured every day around 4 in the afternoon into the night...)   After unsuccessfully trying to cross the lake our pilot, Carlos, was forced to land in the closest place that he could find; a soccer field in a small village of San Carlos.  As you can imagine the whole village came out to see the spectacle of a helicopter landing in the center of their town.

We wasted no time in making friends and joining in on the local soccer game.  The two hours we spent playing soccer in the rain with "Los Chapines" were by far the highlight of the trip and a moment that neither of us will ever forget.   There is something special about immersing yourself, unplanned and unscripted into a culture and and capturing real moments of enjoyment.  It is moments like this that we live for as film makers.  All of the shots from the rainy soccer game scene was shot using a Canon 70-200mm 2.8/f and the ground as the tripod :) 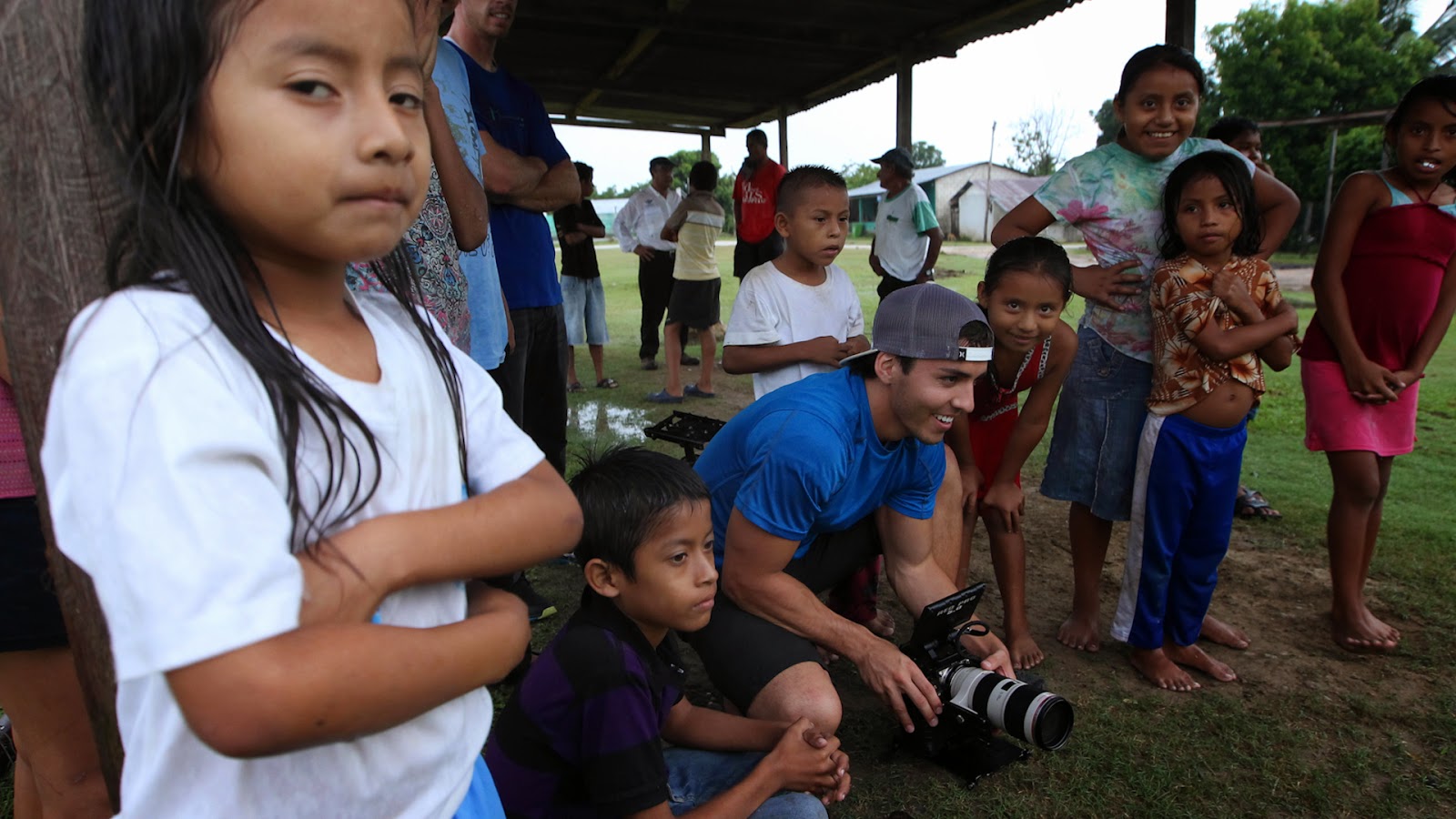 The next part of the trip was dedicated to the families and artisans that are a part of the WeaveSleave project.  We spent the next two days with them filming the WeaveSleave process from start to finish.  Everything from buying fabric from a local vendor in the next village over, to seeing some of their final projects for sale in their personal tienda (store). 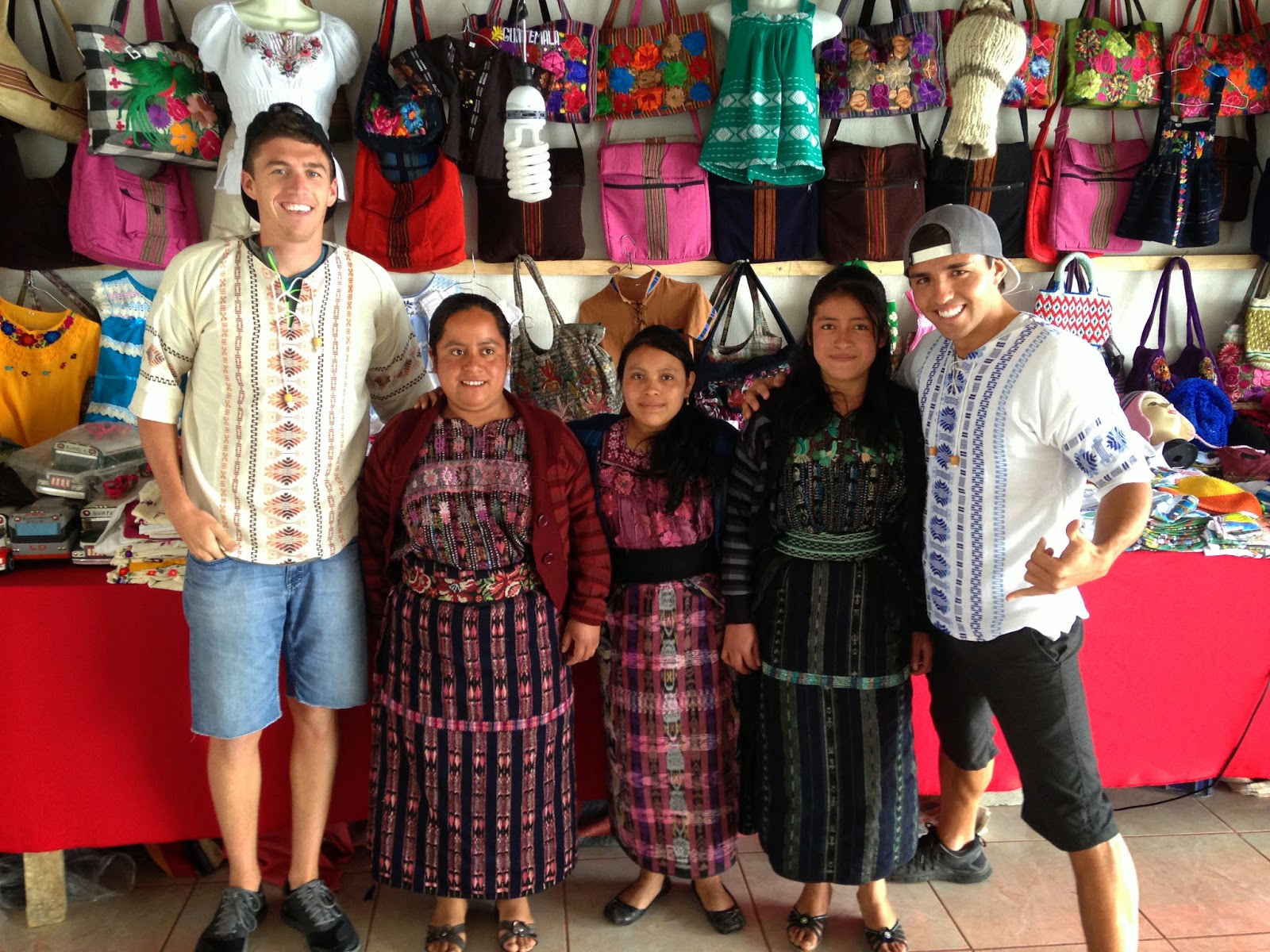 Andy had been planning a way to "give back" to all of the artisans and families for helping him and decided that he wanted them to experience something that they could not do on their own.  He came up with the idea to take his friends to Xetulul, a theme park near the southern coast of Guatemala.  The bus fare to the park is too expensive for these families, let alone the entrance fee to the theme park.  Andy rented a micro bus and we fit as many people as we could in it.  Every seat had multiple people in it not to mention lots of kids sitting on their parents laps, and one gentleman standing on the back bumper...  To be a part of and capture the excitement, fear, and pure joy of these people as they experienced a theme park for the first time was really humbling.  It was an experience that they thought only existed in television.  After a couple of hours with them at the theme park we decided to leave and let them be together as family and friends without the distraction of us and our cameras. 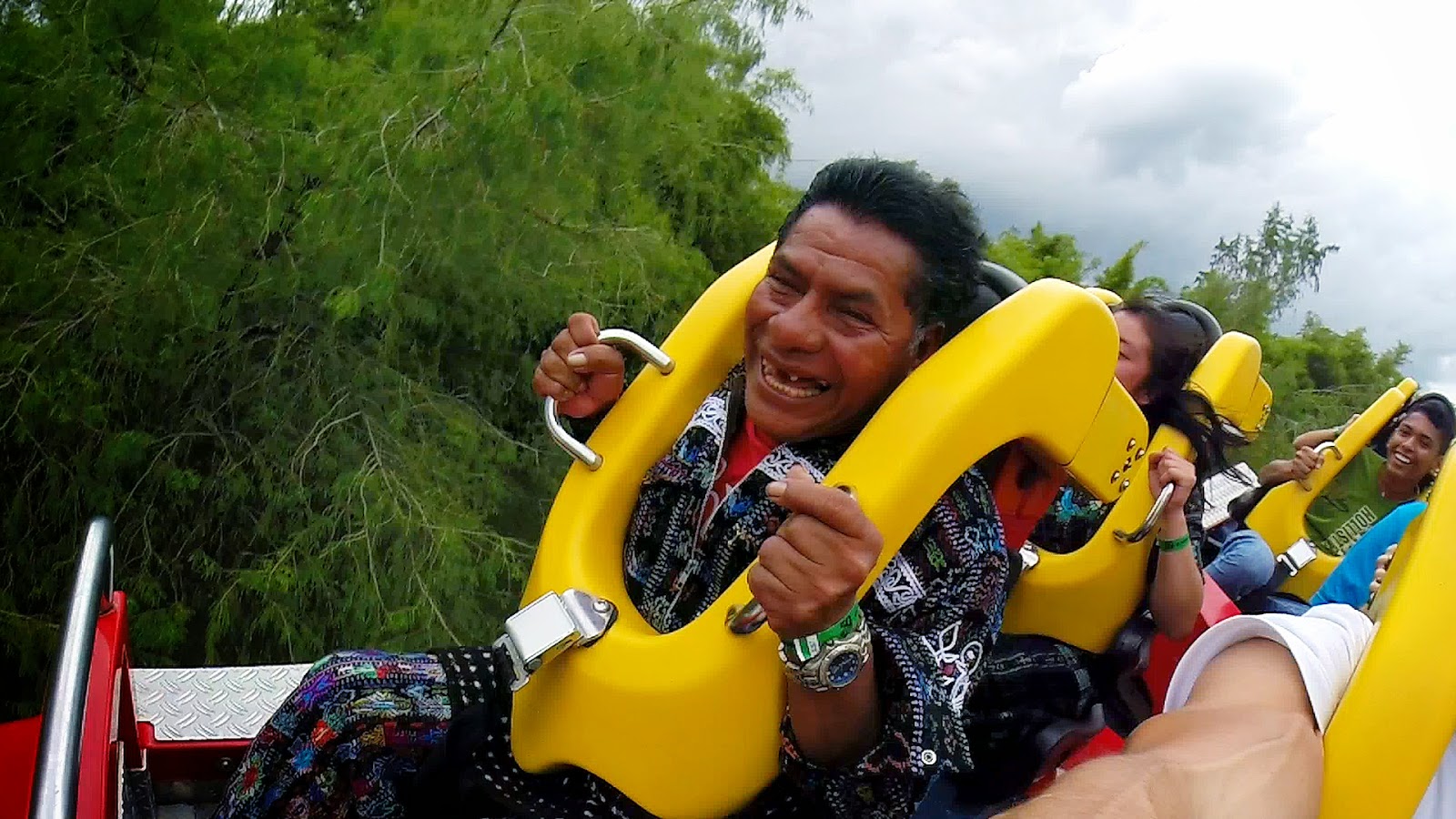 After our time spent with the amazing people of Guatemala, We walked away with a new appreciation for the purity in the simplicity and happiness in the lives that these people live.  They have next to no earthly possessions, yet they are content, because they are grateful for what they do have.  They inspired us to have more positive attitudes and to love and life life to the fullest.  Their examples of humility have given us a new perspective on life and we left that country as better people.
Our goal with this video was to portray that valuable lessons that we learned and to deliver a positive uplifting video that would inspire our viewers the way we were inspired, to be happy, positive, grateful, and seek out the good and beauty in life. 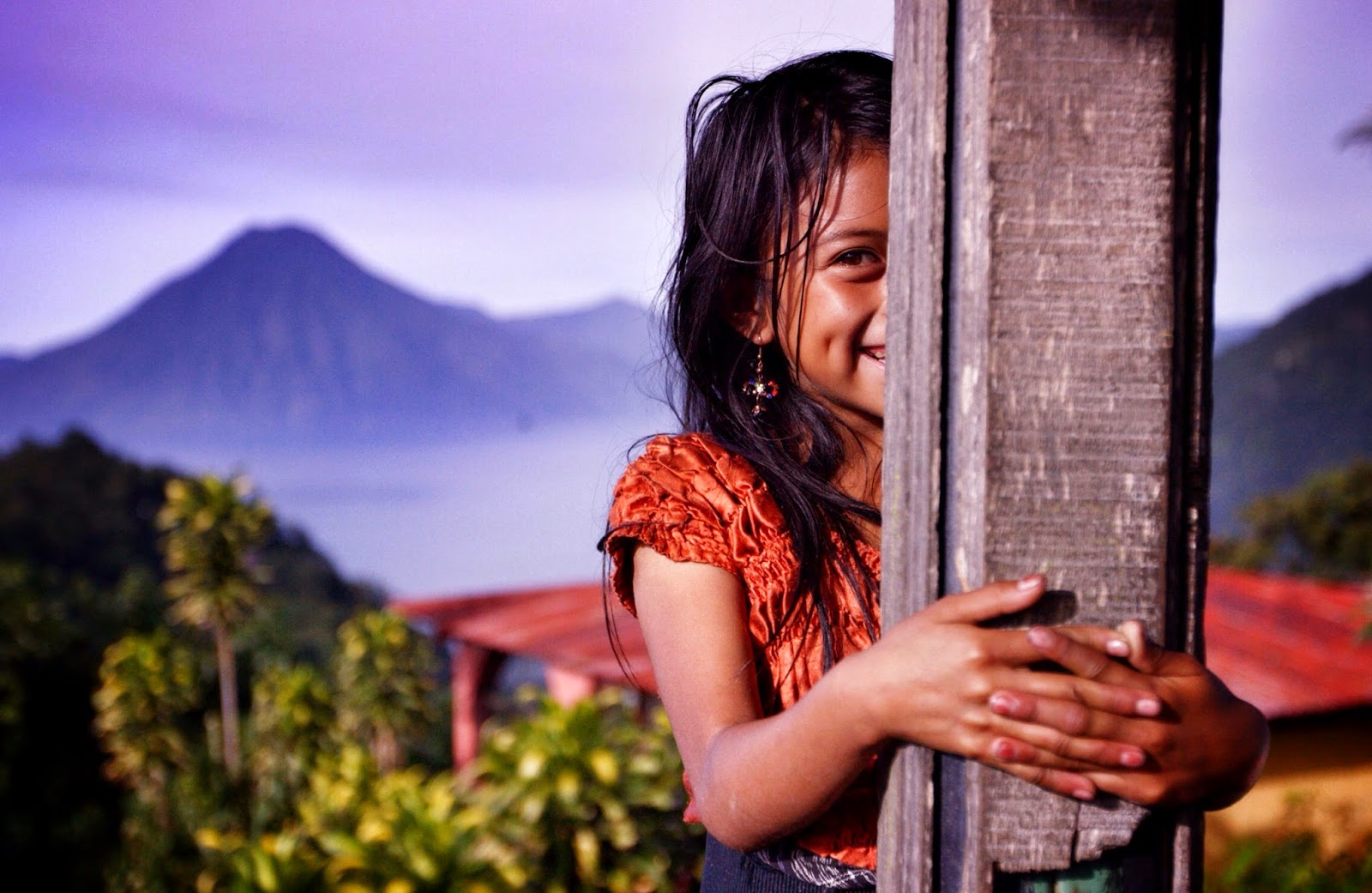 If you would like to support to the cause of this film and WeaveSleeve who made it possible, pleases support them in their kickstarter campaign to help give these wonderful Guatemalan families full time jobs :)
https://www.kickstarter.com/projects/weavesleevewallet/carry-your-cards-and-cash-phones-and-tablets-in-st
Posted by Devin Graham at 3:38 PM