So here's the deal.... I started making music videos with my parents video cameras when I was a tad little kid.. I've always loved it.. and that's one of the big things that got me into film/what I do now....

Anyways.. Lately I have been so caught up on all these odd end film jobs... That I've strayed away from my roots,.. So in an act of desperation to represent, I got some of my friends together a day ago, we shot a music video in 6 hours, with no real preperation, then I edited it the next day, and then released it today.


Also, one last note. It was a huge refresher on life though, and all the other things that I love about it, as far as just being around great people. 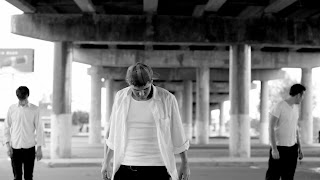 p.s. You should also all subscribe to my youtube channel :) I plan on making a random music video like this at least once a month, if not more, just because it's a huge breath of fresh air! Holla!


This video was shot in a total of 6 hours on friday evening. It was shot on my canon 5D Mark II. We hurried with lighting, so everything outside is all natural, and we had a couple lights inside.


The locations we were going to originally film in.. it was raining that evening, so with the choice to cancel, or move somewhere else, we turned to a highway overpass, where we filmed most of the music video. Thanks again for everyone that was a part of it.