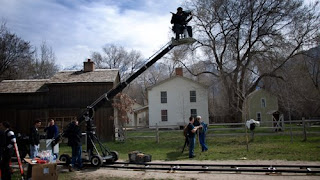 Currently were working on several commercials for BYU. One for the dive team, swim team, and BYU Independent Study, with several other side projects lined up as well. Most of which we will be shooting on 35MM Film and on the Redone camera. All of which are being produced by Jameson Dayton. Its also one of our first times working with a budget where the teams are funding the projects to make them happen. They will also be airing on KBYU and some will be on PBS. So it will be great exposure for all of us. And were all working together to make sure they are the best we have to offer at this time. So were all very excited for this opprotunity.

Jake and I will be leaving this week to LA to get trained on some underwater film equipment for the dive team commercial, and will be meeting up with several other contacts that we have up there. Stay tuned as the adventure continues.